Home » The Story of the Dinosaurs in 25 Discoveries: Amazing Fossils and the People Who Found Them 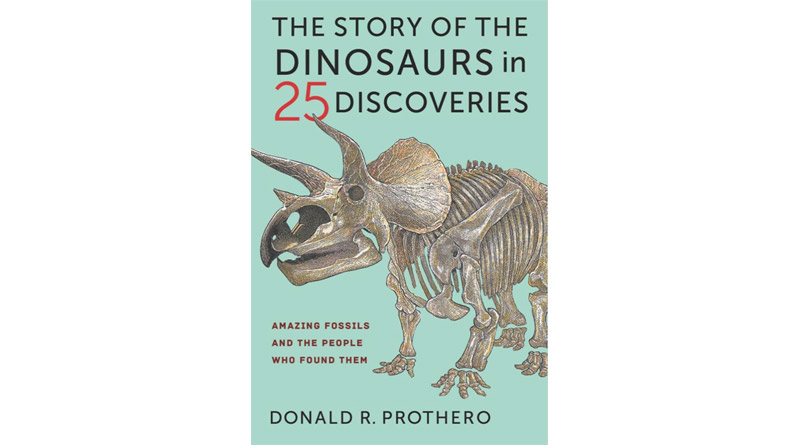 This book tells the long history of palaeontological discovery with the aid of 25 fascinating examples that highlight the evolution of dinosaur science.

The contrast between the original interpretations and reconstructions of early finds and the modern development of dinosaur paleontology demonstrates the evolution and refinement of scientific ideas with continued research.

The book also explores the human tales of the characters involved in the early dinosaur discoveries and some of their exploits and rivalries.

Examples include the nineteenth-century “Bone Wars” which resulted in rock flinging on digs at its worst and the amusing tale of a scientist mistaking the knee end of a megalosaurus thighbone for the fossilized scrotum of a giant human.

The classic debates regarding dinosaurs are an important part of the story including discussions on species boundaries and the hotly argued topic of dinosaur feathers.

Lots of suggestions for further reading are cited at the end of each chapter making this book a useful academic reference as well as a great read for anyone interested in the subject.