Featuring work from budding artists and illustrators. Keep sending in your pictures by e-mail to editor@dinosaursociety.com

Entries for the competition held at the GA Festival of Geology, 2017 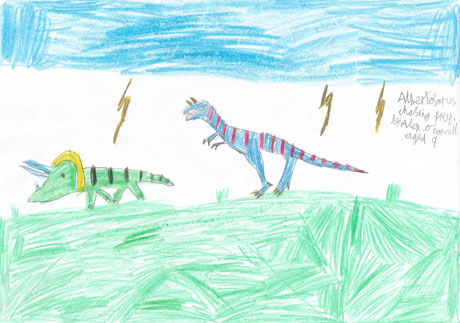 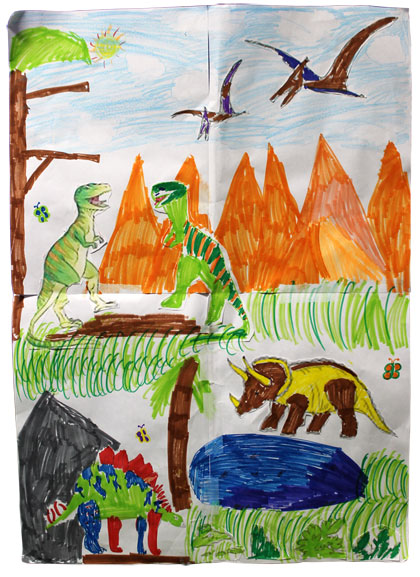 A Spinosaurus by Gianpaolo Ruju, aged 9 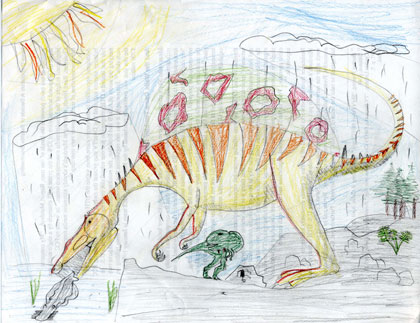 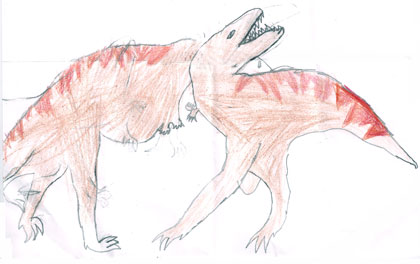 A Plateosaurus by Gianpaolo Ruju, aged 7 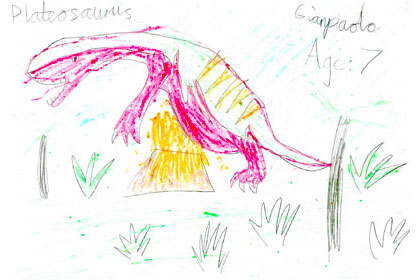 A Stegosaurus by Joseph Waters, aged 7 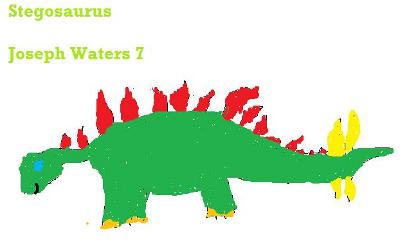 A Spinosaurus by Alex Chu, aged 10 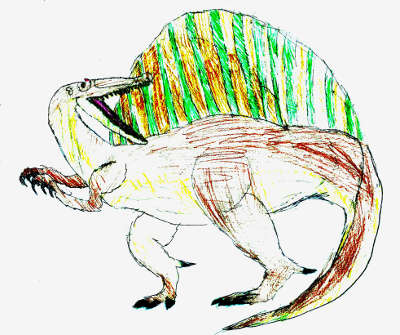 When you see a bone bed, do you wonder how come all those dinosaurs ended up there? Well there could be many reasons why. I have two theories of why the centrosaurus bone beds occurred.

Another idea is that the Centrosaurs, were running away from the Albertosaurus and they ran on to a flood plain and they were stuck in the mud and perished.

These are only two theories; as more bone beds are discovered, more studies done on them we might have a clearer picture of how and why these bone beds occurred.

A Ceratosaurus by Hunter Jenkins, age 13

A belemnite, an ammonite and an icthyosaur by Sam Baxter, age 7 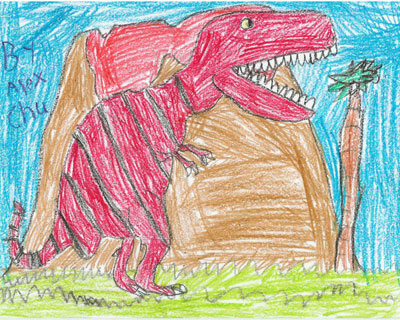 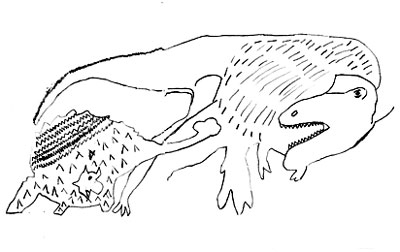 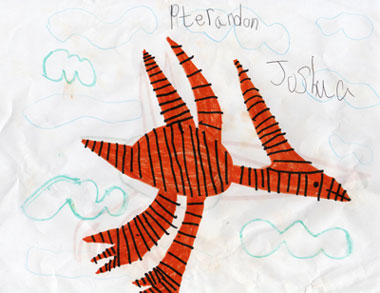 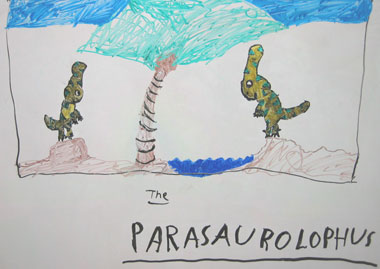 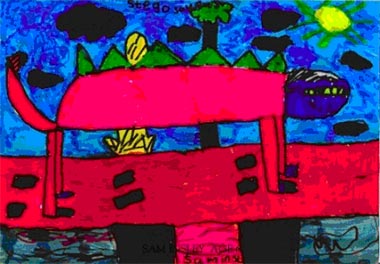 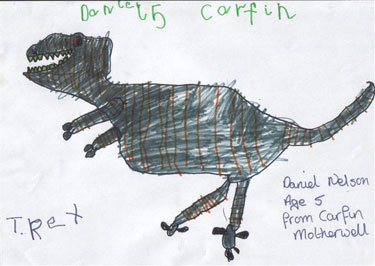