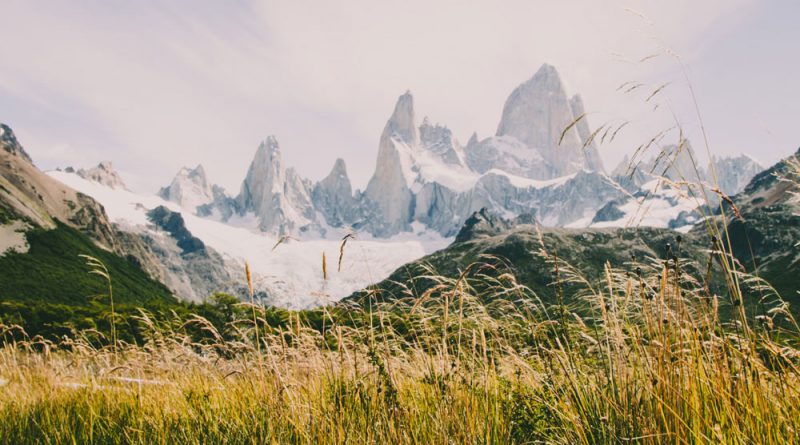 The Dinosaur Society is running a fieldtrip to Argentina early next year, to view the stunning geology & scenery of the region and to follow in the footsteps of Charles Darwin.

If you have an interest in joining us please email editor@dinosaursociety.com. Alternative contact details are given below.

Arrive. Buenos Aires and transfer to a 3* Hotel for 3 nights stay.

Charles Darwin first landed on the southern shore of the Rio Del la Plata in the first week of November 1832 and spent time collecting geological specimens and visited the Science Museum, first opened in 1812 on several occasions.

Other visits will include the Pink Palace where Eva & Juan Peron made their spell-binding speeches and La Recoleta where Eva Peron is buried.

Trip to Estancia El Ombu de Areco, in San Antonio de Areco on the Pampas. The trip will include horse and carriage riding, gaucho horsemanship, music & dancing and a traditional barbecue lunch. San Antonio is thought to be the prettiest town in the pampas and is placed 113km northwest of Buenos Aires.

‘When Darwin rode out into the pampas around Buenos Aires he arrived in the middle of of General Juan Manuel de Rosas’s fiercest guerilla campaigns’. He describes several occasions when he and his travelling party had to talk their way out of trouble. The passport was granted to ‘El Naturalista Don Carlos.’ (See Havard University, Revista 2009).

Depart for Puerto lguazu and the spectacular lguazu Falls, and volcanic terrain, the stay including an optional boat trip around the falls and opportunities for a 4×4 drive through the local jungle or a helicopter flight over the spectacular topography. We will use a coach from our hotel to the Iguazu Jungle Lodge and a possible trip into Brazil.

Fly to Mendoza to study the Palaeozoics of the Andean Pre-cordillera,the tertiaries of the Cuyo Basin and the basement between Mendoza and San Juan and the viniculture of the Malbec Wines.

‘Unlike our flight from Peurto Iguazu, Darwin hiked and rode to Mendosa from the Chilean Pacific Coast via the Portillo Pass located on the north-western border separating Argentina and Chile; the Andes Range is marked here by the presence of Mount Aconcagua the highest mountain at 6,960.8m’.

The main Mesozoic Basins are located in the Uspallata–Potrerillo Valley in the Province of Mendoza and are rich in coal, bitumen, oil and gas.

Take return flight from Mendoza to Buenos Aries and transfer to Trelew.

Three full days in the Trelew and Puerto Madryn to include a visit the Museum of Paleontology Egidio Feruglio and the Bryn Gwyn Geopark (20 minutes from Trelew).

Field study of local stratigraphy and the fossils found in this region – including giant dinosaurs (see photo) and a Bosque Petrificada (Fossil Forest).

Locally the names of the towns and villages show that the region is effectively Welsh.

‘The first group of settlers, almost 200 came mostly from north and mid-Wales. Sailed from Liverpool in late May 1865 aboard the tea-clipper Mimosa. Blessed with good weather the journey took approximately eight weeks, and the Mimosa eventually arrived
at what is now called Puerto Madryn on 27th July’.

We will also visit Gaiman and other Welsh colonies, which are characterised by several traditional ‘Taff’ tea-houses. We will spend two nights in the more touristic town of Puerto Madryn (50 km from Trelew) visiting the Valdes Peninsula (including the Puerto Piramides) the home to a host of marine wildlife. Hopefully we’ll have time for a Patagonian barbeque dinner.

The Beagle is logged as docking at Puerto Deseado to the south of the Cabo Blanco – before it was lifted ashore for maintenance.

‘A survey crew from the Beagle led by Captain Fitzroy set out to navigate the valley of the Rio Santa Cruz on the 18th of April 1834. The expedition proved to be very difficult with rugged terrain and very strong currents. Darwin and Stokes first spotted the
Andean Cordilleras range on the 29th of April but Fitzroy signalled the end of the expedition on the 4th of May’. The Rio Santa Cruz is a major component of the drainage system of the glacial lakes’.

Fly from Trelew to El Calafate on Lago Argentino.

We will visit the Los Glacieres National Park and maybe the Torres del Paine across the border into Chile; and the Cueva de las Manos near Santa Cruz with wonderful prehistoric palm prints.

Return from Calafate to Buenos Aires and transfer to London.

Estimated costs including Flights, Car hire and 3* Hotels with breakfast: